My partner and I started our Crypto Journey in April 2021. Shib was our first crypto investment and as such, we did our due diligence and researched. We would listen to several YouTubers, read articles and the kids were always curious as to what we looking at. Shiba’s cute face always caught their attention. I told the kids (4 & 5 years old then) that we gave Shiba money so we could all go to the moon! Their eyes lit up at the thought of going to the moon! Hahaha it was the cutest thing.

If you’re on Twitter, “going to the moon” is a daily tweet referencing one cryptocurrency or another that will make a great investment. The kids loved the saying! Every day they would ask if Shiba was RED or GREEN because we taught them that a lot of green meant that we were going to the moon! The kids loved seeing Shiba, so much that they asked for Shiba stickers to put on their water bottles. My daughter even printed her own Shiba pictures using our home printer and taped them on her bedroom wall! Shiba truly is near and dear to our hearts!

One of our nightly routines with the kids is story time, we will watch one of our favorite storytellers on YouTube and read a story. It always baffled me the amount of subscribers and views the storytellers on YouTube had. One night we were watching a story about the planets and it showed the moon, the kids were excited and playfully said that they could see Shiba on the moon.

That was my lightbulb moment, a story about Shiba going to the moon. I couldn’t get the idea out of my head. I told my partner about my idea and he thought it was a great! Nobody, that we knew of, had written a kids story book about crypto, or Shiba. Shiba was the perfect character to base a story on. His resilience was going to get him to the moon no matter what anyone said because he believed it to be true, he believed in his dream so much that others started to believe!

Talks of creating the series as an NFT have been mentioned along with selling them with the help of Shibarium, which we hope comes out soon. The kids are excited to be part of this project and we will have videos of them reading the books on YouTube as well. 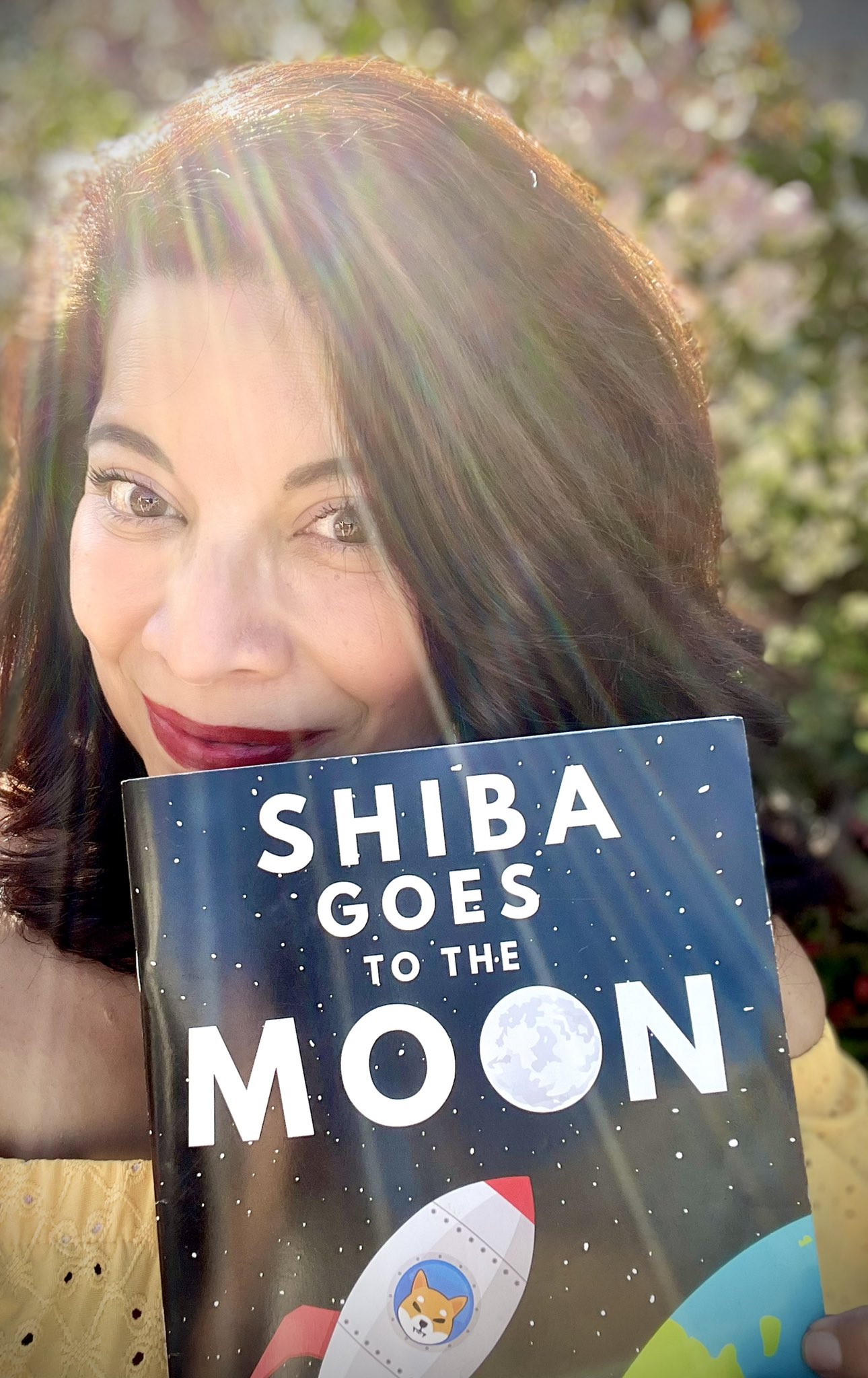 Crypto has become a family adventure for us and the possibilities are endless. One idea branches off to another and we don’t know exactly where this path is taking us just yet. We have been offered opportunities to collaborate with several other projects and are excited to see where we end up.

We began our impromptu journey this past Memorial Day weekend. We were laying around discussing my book and whether or not I was ever going to share it. My partner had the idea of making the video and I told him if he was going to make it, than he would be the one to read it. I said what I said because I was still apprehensive about sharing the book. If you follow me on Twitter, you’d know that I have grown a lot these past ten days. I’ve been tweeting like there is no tomorrow and I recorded and read the second book of the series on YouTube. My partner put me on the spot in a Twitter post saying that we were releasing the second story “tomorrow”. I was no where near ready to release it, but if it wasn’t for him pushing me and believing in the project we wouldn’t be where we are today.

It’s an amazing feeling to have a community of people cheering you on. We’ve been well received by the ShibArmy and we are grateful to have their support! We are still working on the logistics of printing the books in mass quantities, but in the meantime I have ordered a few dozen to be printed to use for giveaways, promotions, and for the kids.

[This article was written as an Op-ed by Shib-write-her. Shib-write-her is a Shib Army member. You can subscribe to her youtube channel at https://www.youtube.com/channel/UCTnePe7FgYX5Oac0pMFuaHg]