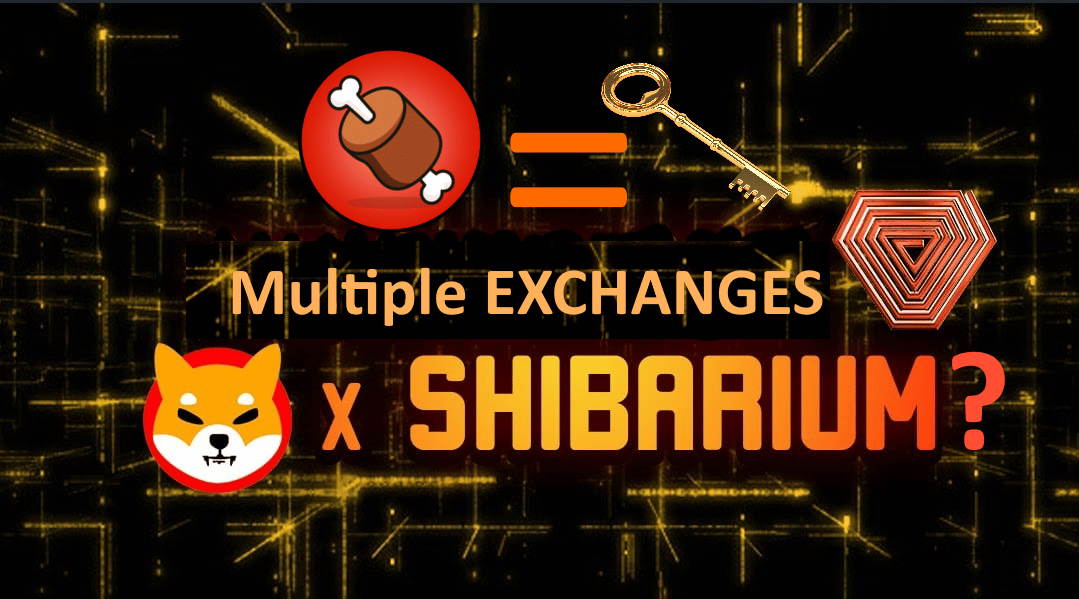 So rumors are getting stronger about multiple exchanges on the verge of listing the Bone Token from the Shiba Inu Ecosystem. Take them as you will but there are serious signs pointing to this possibility.

First, we can see there has been movement with SHIBARIUM progress as even the XFUND discord has added a new channel to their discussion. Yesterday ShibArmy Fud Fighter “DEZ”  tweeted out “#SHIBARMY A new #SHIBARIUM channel has been added on the xFUND discord server “.  It seems they are getting ready for the incoming explosion when Shibarium does come out.

#SHIBARMY A new #SHIBARIUM channel has been added on the xFUND discord server 👀 pic.twitter.com/SisFkjl5Qb

Then we have messages this morning from Binance where he tweeted out just one letter. “B”. That tweet was later followed up with an “O” from a Twitter user and the letter “N”  as a reply from CZ_BINANCE.

There have also been talks that Gateio will be listing the Bone Token. In all honesty, we believe that most exchanges will be jumping to list the token the nearer that Shibarium is. After all most exchanges are smart enough to know that they would miss out on a money-making opportunity by having the token listed. Shib Knight tweeted “Rumor has it BONE will be listed on gate_io.

Rumour has it $BONE will be listed on @gate_io 🔥🔥🔥

The question is really not if Bone will be listed on these exchanges but which exchanges will be first. Remember talks now are rumors but could indeed become a reality in the very near future. Meaning hours or days. The Shiba Inu Ecosystem is firing on all cylinders lately with Shiba Eternity, SHIB.IO, SHIBARIUM, Exchanges and so much more. It is exciting to see the community so engaged and fired up over all the upcoming news that will be coming out in the near future. It seems as if nothing is going to stop the forward motion of the Shib Army.