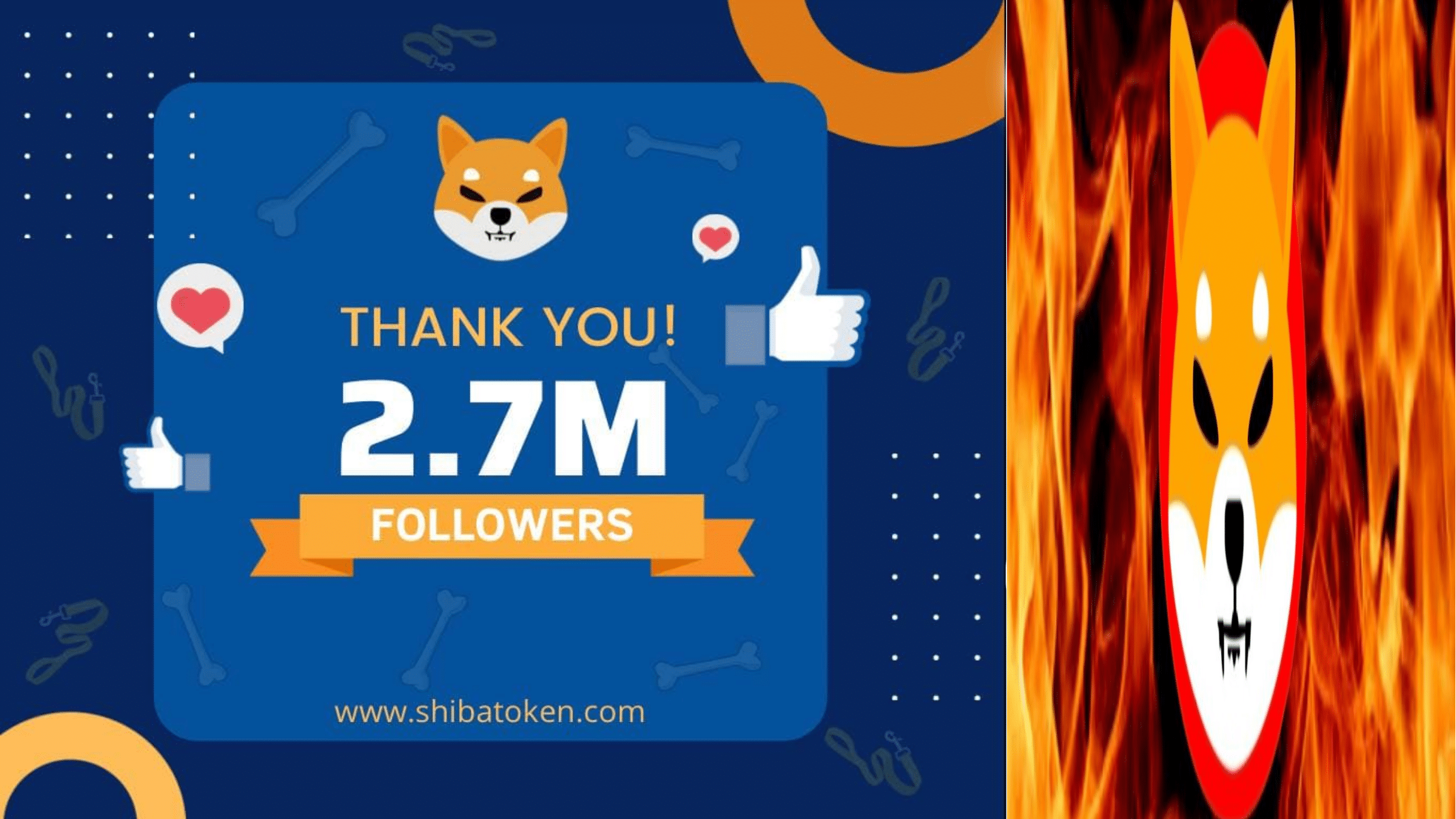 The rate of growth of the official account for the Shiba INU Token is astounding. Just a few months back Shiba Inu made headlines with every news organization that its followers reached over a million followers on Twitter. Flash forward to today and the SHIBARMY is celebrating with the official @shibtoken account the new milestone of 2.7 Million Followers.

We continue to grow, and could not be more excited to be part of your crypto journey! Woof! pic.twitter.com/VYOQLQmXoh

This is a coin that started out with a vision of being the coin for the people by the people based on the vision of Ryoshi. The Token is less than 2 years old and is now only 200,000 tokens away from the official DogeCoin account which boasts 2.9 million followers after many years. Shiba Inu already has already surpassed the official Ethereum account which stands at 2.1 Million Twitter followers.

If #SHIB continues to accelerate growth the way it is it could become the most followed coin to ever make its way to Social Media.