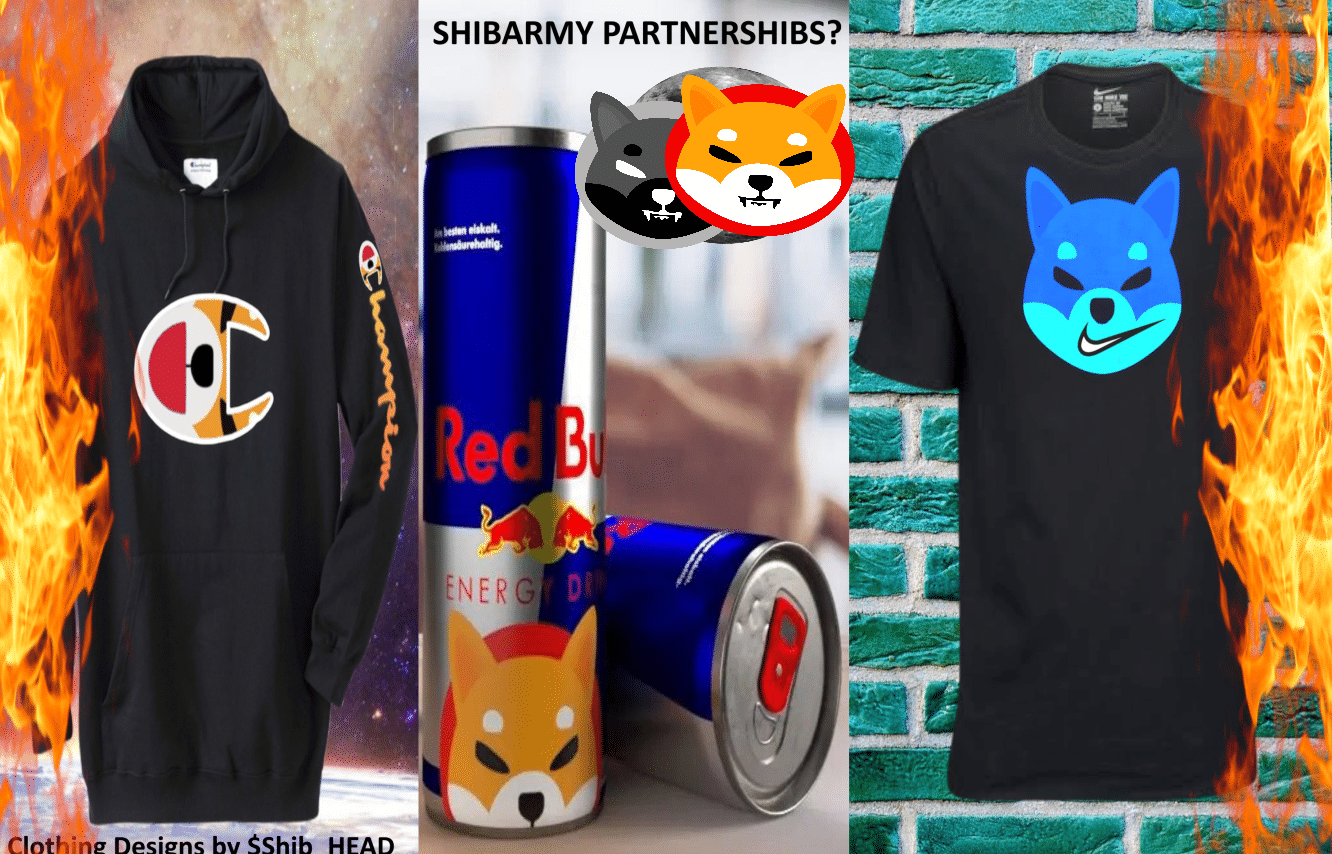 So over the course of the last few weeks, we have seen a major push from the members of The Shib Army to get Partnershibs with some of the top brands in the market. Many of these brands are those that are already favorites of Shib Holders. So what is causing the momentum?

Well, the Shib Army already knows about the partnerships with John Richmond and Wellys.  Though these are exciting some in the Shib Army feel that they want more. After all, Shiba Inu has been one of the top 15 Cryptocurrencies for over a year now. SHIB is a major player in the market and quite frankly, the Shib Army wants worldwide brand recognition.

So the first push is for Champion. ShibHead has been spearheading this push for many months now. You can read all about the Champion X Shib Partnershib Push HERE. The crypto community is in agreement that Champion and Shib would make a winning combination as they are sharing the same dream by tagging Champion in hundreds of posts and retweets.

Another Push is coming from Shib Army’s Favorite Growth Breed member Milkshake. It all started with a simple tweet that sparked enthusiasm and rallied the Shib Army behind this potential partnership. In the tweet, she said, “Hi Rebull, Want to Fly with the Shib Army?”

Hi @redbull, want to fly with the #ShibArmy?

This of course sparked a frenzy of posts in the Shib Amry as Red Bull Give you wings and SHIBA INU represents freedom to many. This would be an amazing partnershib.

👀 I'd start drinking @redbull again if they made friens with #SHIB js 💯 https://t.co/eJXRao9Ik7

Though there are many more partnerships that would be great for the Shib Army the one that carries the slogan “Just Do It!” would be spot on. Aftyer all Ryoshi said “The end result of this is that you are responsible. When people ask me questions with expectations, I always send the question back to them. Ok when are you going to do this thing that you just asked me?” In other words the entire premise of the quote is also  “Just Do it”. So what better way to showcase this thean with a partnership with NIKE?!?

All of the partnerships would be great for the cryptocurrency and the entire Shib community. Not only that but it would help the brands bring in a new user base, The Shiba Inu Community, which always brings excitement and passion to whoever backs them.