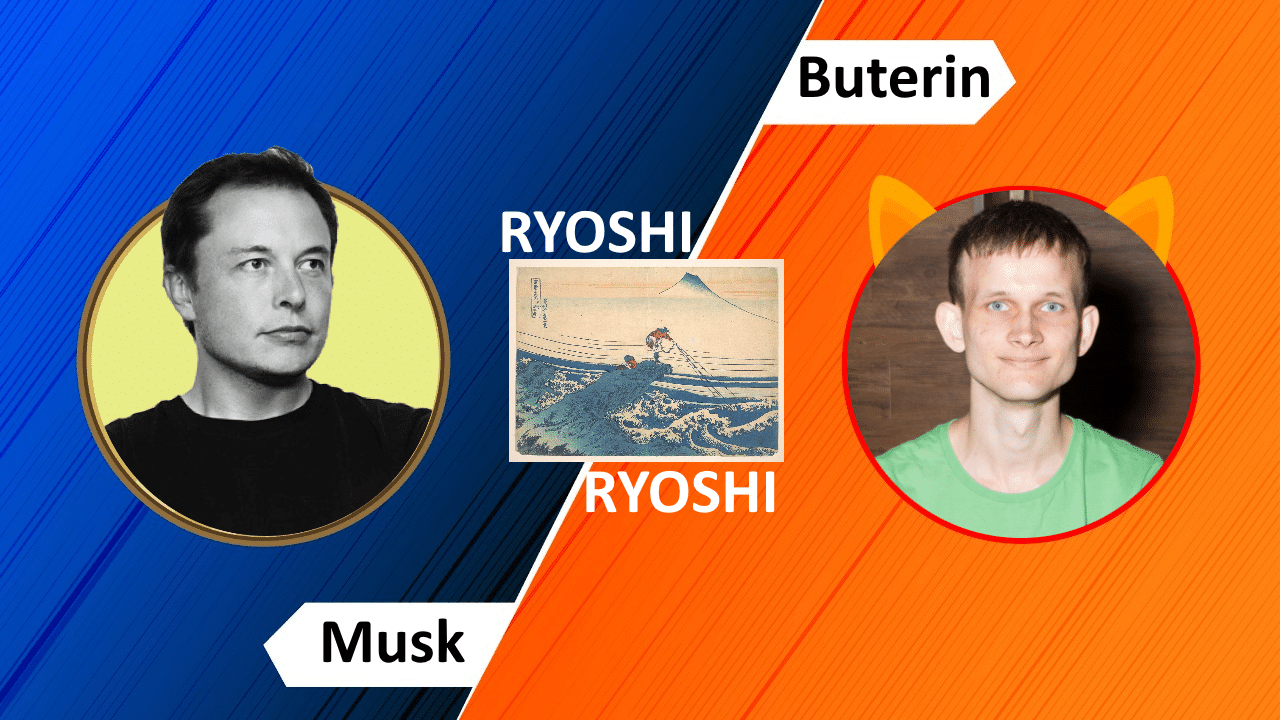 So much attention today was focused on the question of are Elon Musk and Vitalik Buterin the founders of Shiba Inu. In the Shib Army, this was the hottest discussion of the day after the WATCHER GURU post was written. At first, it seemed to many to be just a hype story until the head developer of the Shiba Inu Ecosystem tweeted out the story.

Wacther Guru research showed some hidden tweets that helped them draw this conclusion between Tesla CEO Elon Musk and Ethereum Founder Vitalik Buterin. The first tweet conversation was where Vitalik Buterin invited Elon Musk to Devcon in October 2019 to discuss something that would be developed on top of Ethereum.

If we dive deeper into it as was done by Vinod the first Medium by Ryoshi said “First thing is I had a ‘fren’ that I met at Devcon last year in Osaka who has some influence in the space. We talk sometimes about Crypto philosophy and I told him the vision and he agreed to help. So he made a token contract and put half of it on Uniswap with 10ETH pair (He is a successful businessman so 10ETH is nothing for him). And threw away the liquidity keys so the ETH or the tokens can never be withdrawn. He then transferred the rest to me to do my part,”

Then we have the question that was asked of Elon musk. Many in the Shib Army keep saying that it is impossible for Elon Musk to be the founder of Shiba Inu (AKA RYOSHI) because he already answered that he owns 0 SHIB. In fact, on Easter day we were questioning whether or not Elon Musk was truly part of #SHIBA/Ryoshi since Shytohi shared the image of a Shiba Inu with a basket of Easter Eggs from Elon Musk as the Easter Message to the #SHIBARMY.

It could be a long shot but remember 2 things. Ryoshi said he does not HODL any #SHIB and when Asked @elonmusk said he holds no #SHIBA. The tweet was shared by @ShytoshiKusama from Elons feed as the Happy Easter message to the #SHIBARMY 🤔

The day prior Vitalik was speaking in a tone resembling the first medium. This piqued our interest as well.

Sounds so familiar to some mediums I read. What do you think #SHIBARMY? https://t.co/rqRXyGtMEj

Although nothing can be certain what is certain is that there are many speculations about Ryoshi, Vitalik Buterin, and Elon Musk sharing many of the same qualities. We don’t know if it will ever be revealed but we do not for sure that the interest in knowing who RYOSHI is will never dissipate.